Edoki Academy has been designing educational apps grounded in Montessori pedagogy since 2010. The company’s mission statement is strongly anchored in teaching background: Empower children by making them active learners with mobile apps. Our catalog has 25 award-winning apps available on the App Store in more than 15 languages, intended for children ages 3-10. For more information, please visit www.edokiacademy.com. 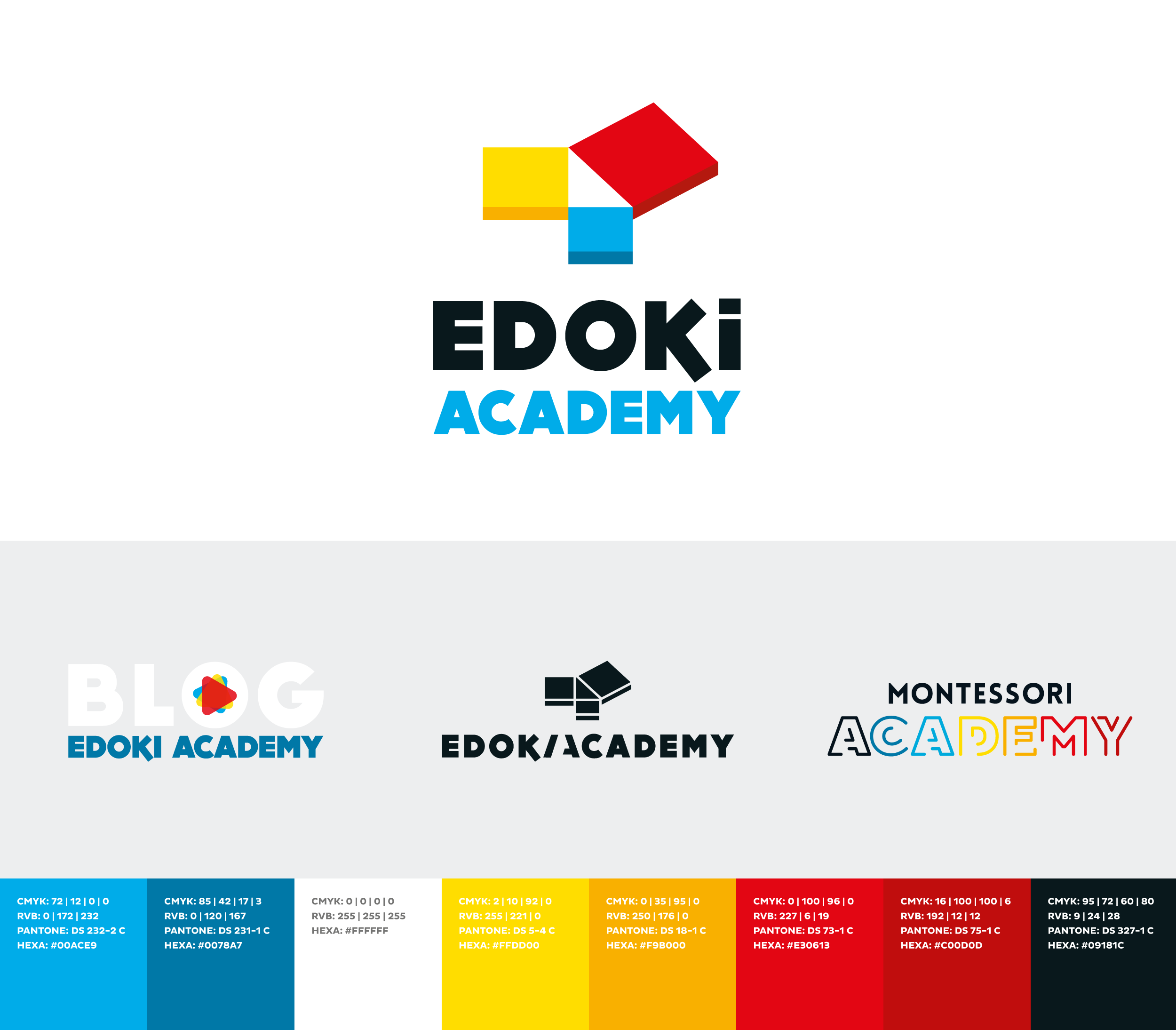 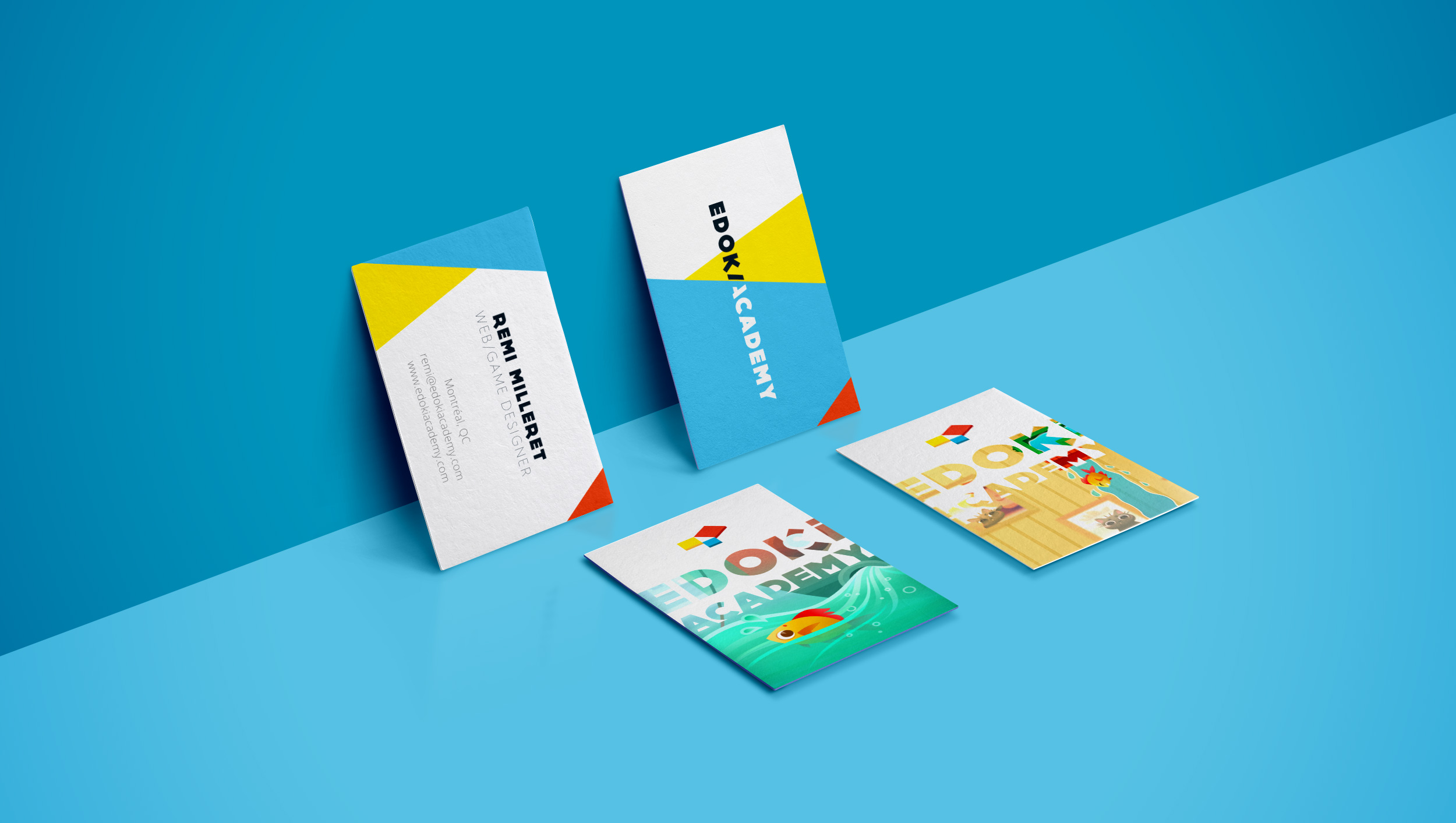 I took part in the process of the rebranding of Edoki Academy after the fusion between Seven Academy and Edoki. I created the new visual identity and the artwork promotion as social media banners, press released and leaflets. I designed presentations for Valerie Touze at Casual Connect in San Francisco and others convention in London, Berlin & Paris. I was also desiging and coding the newsletters for the studio and the web elements (main website and promotion landing page for new apps). 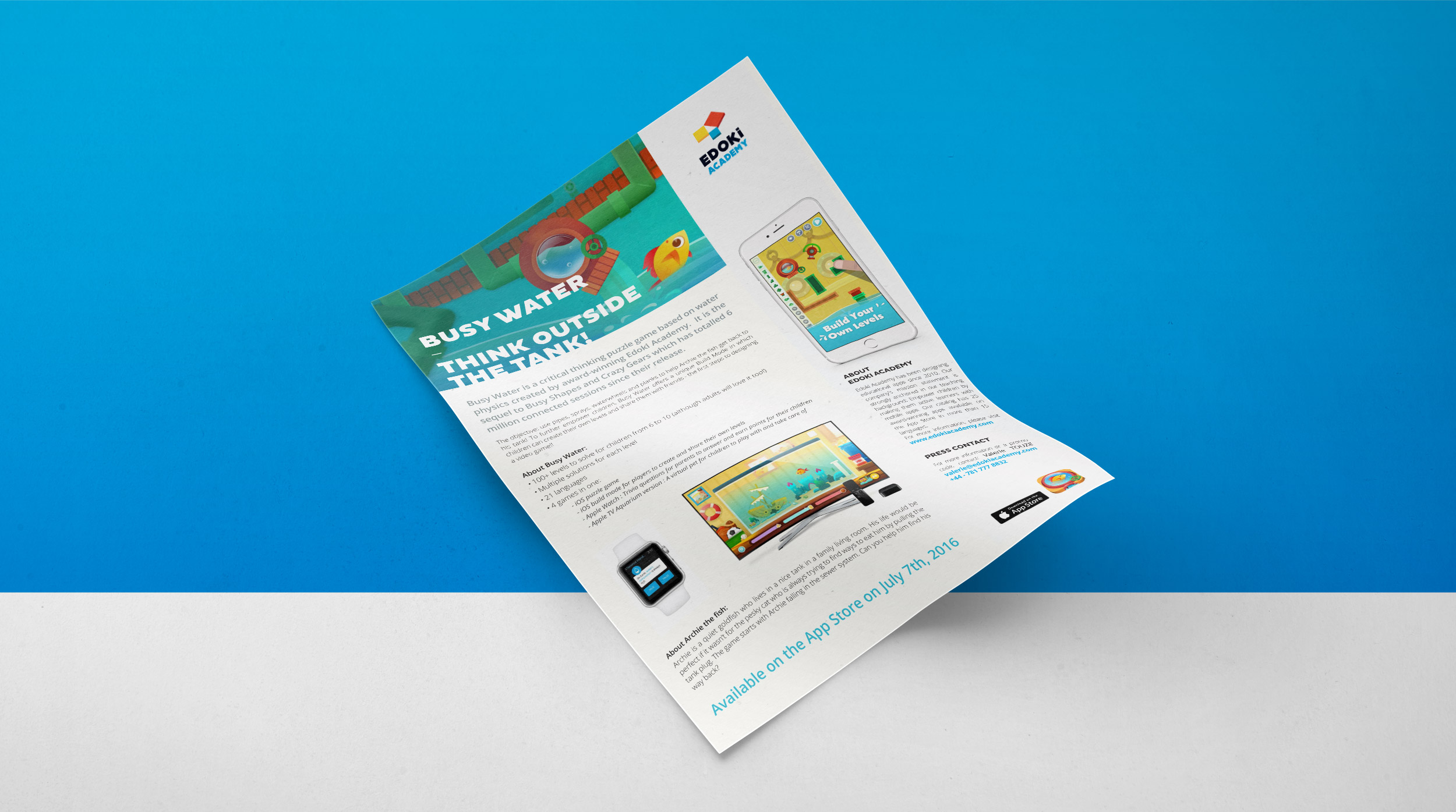 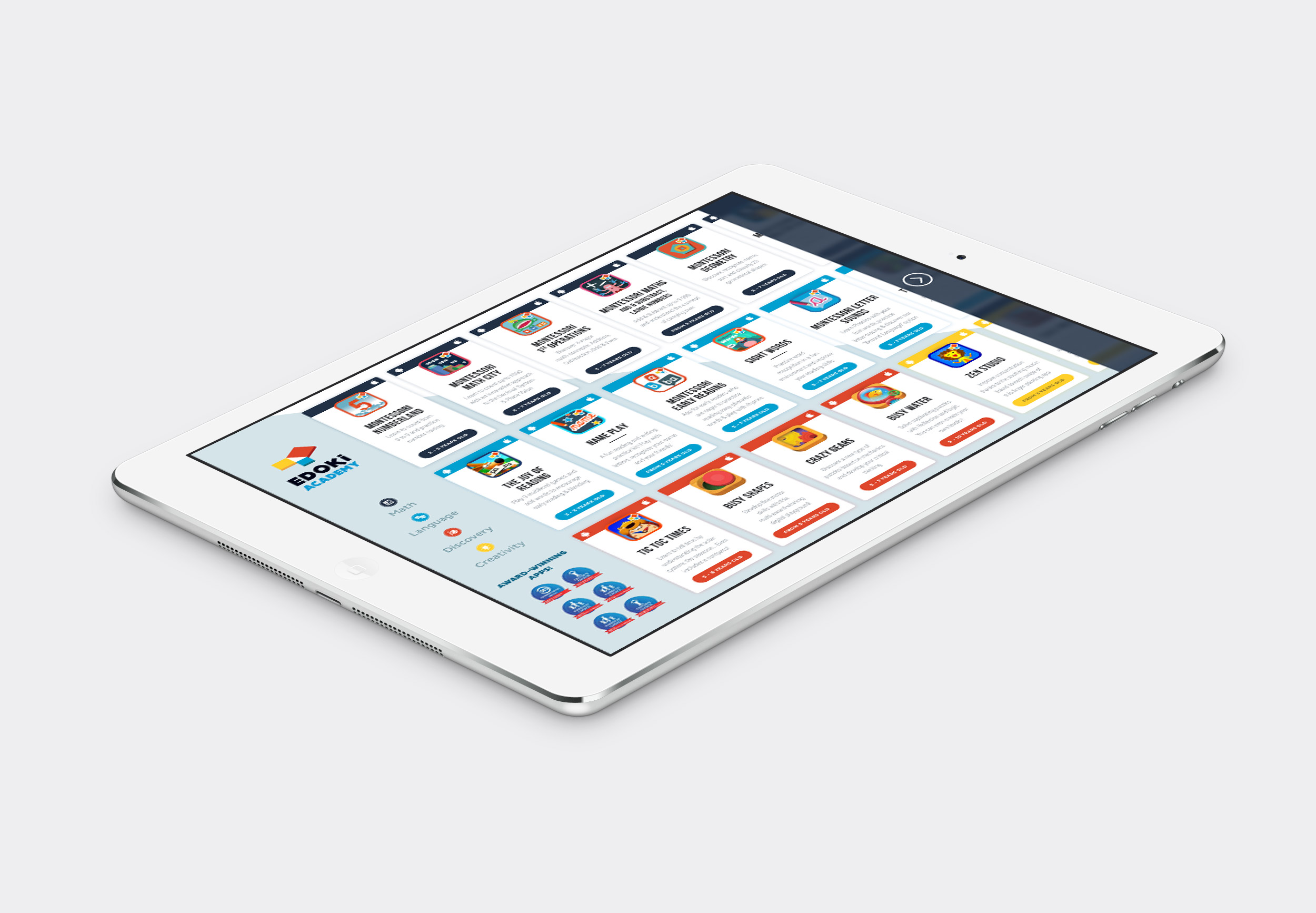 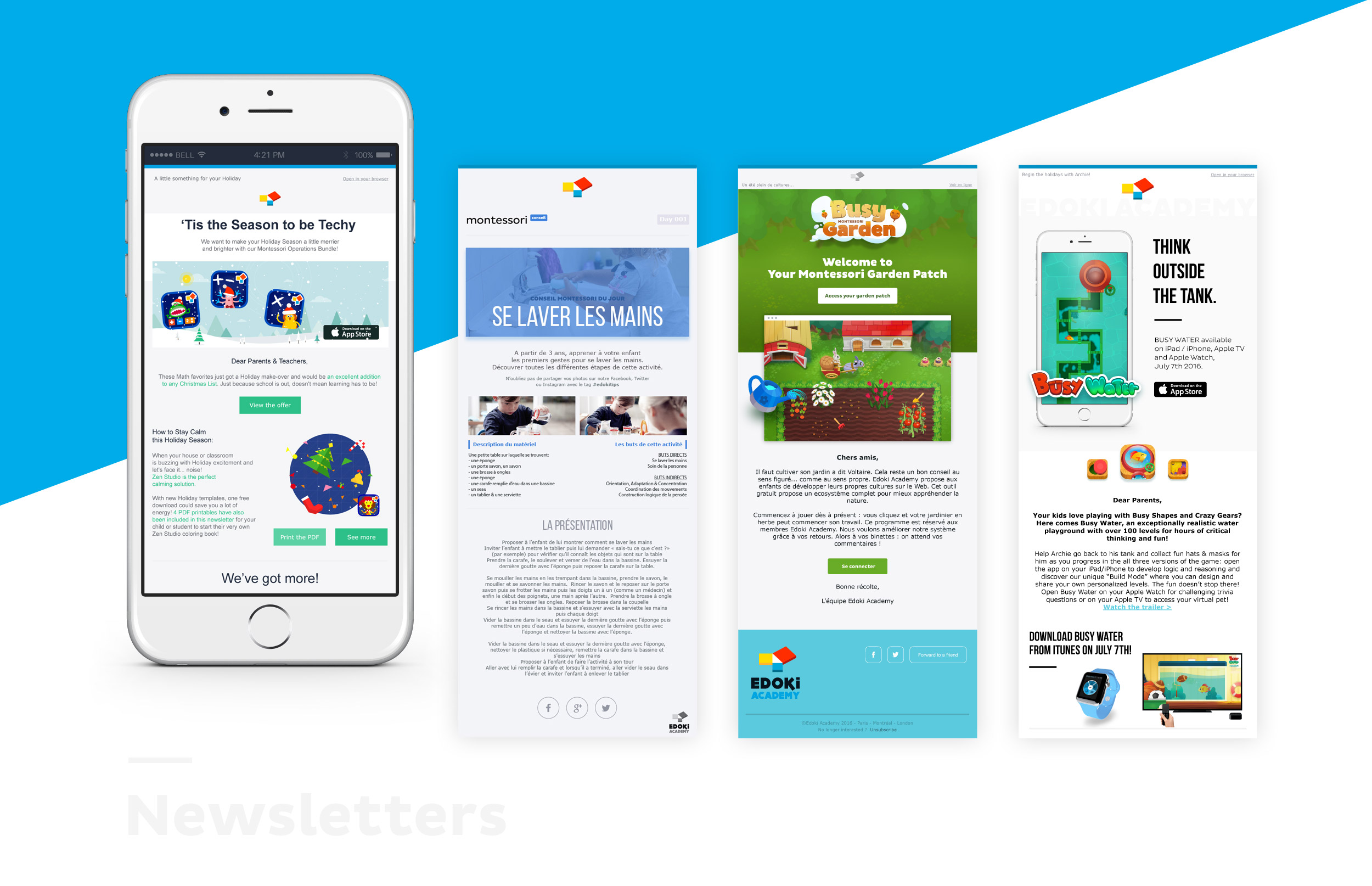 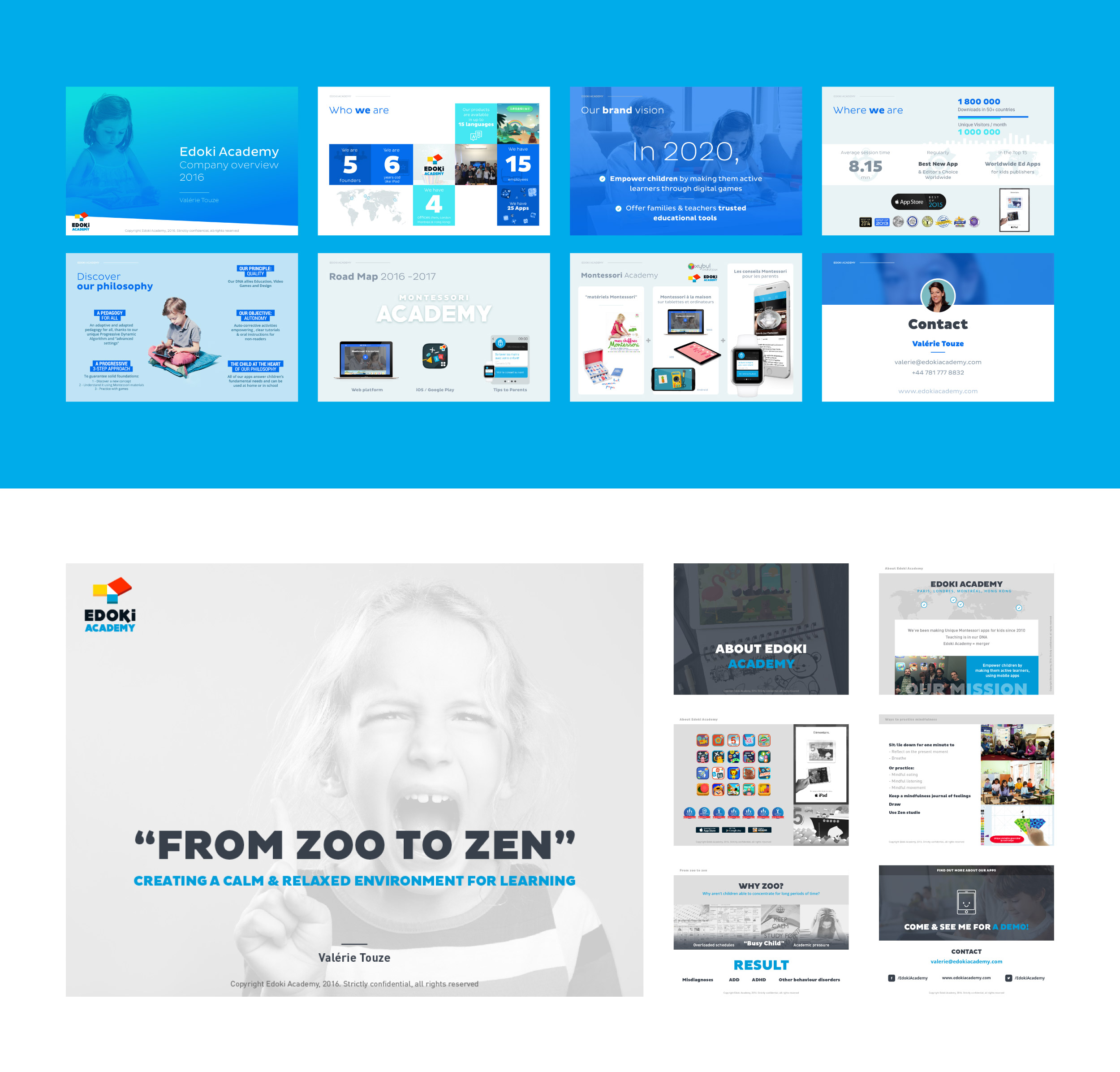 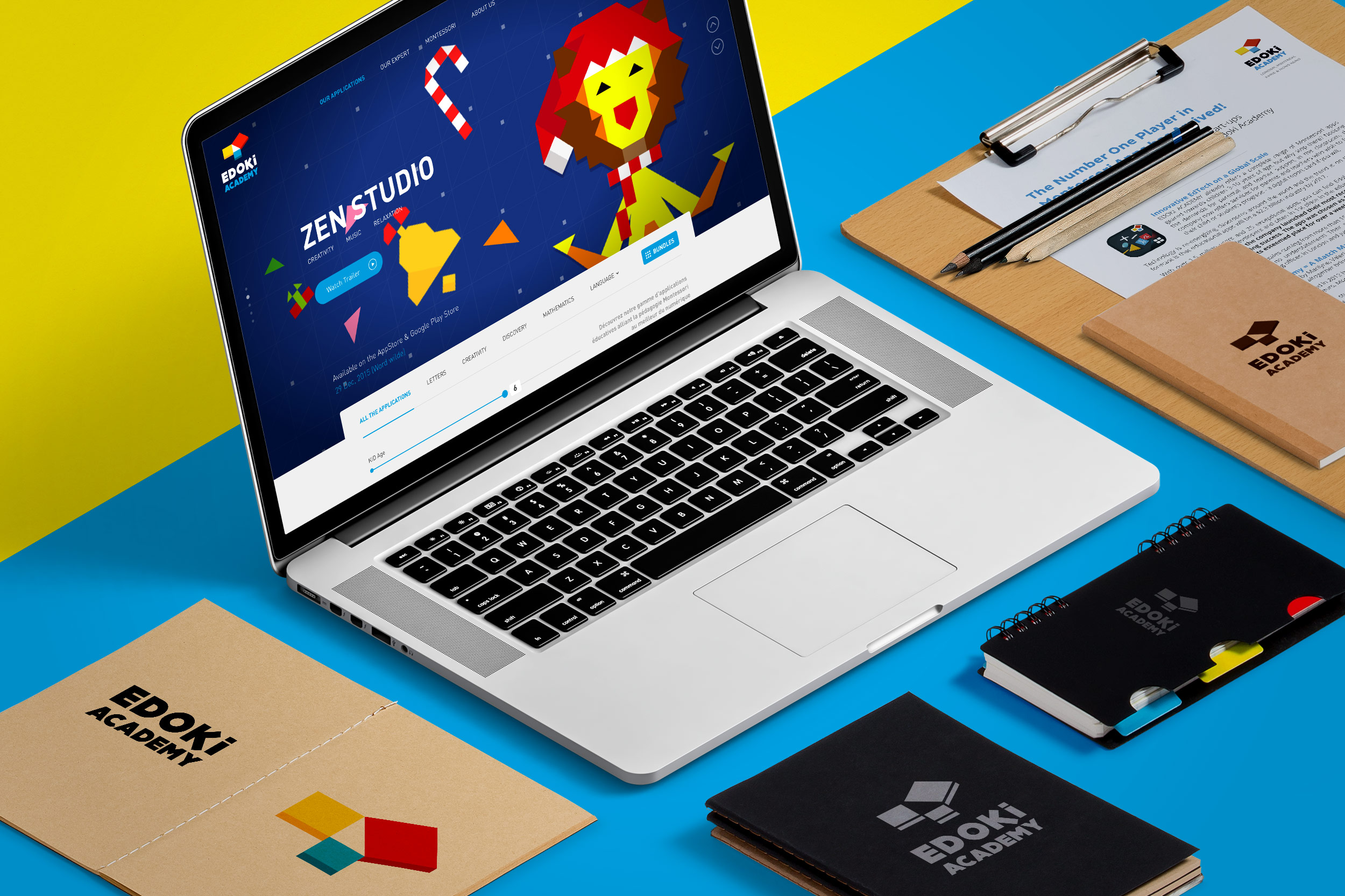